Last week (June 20-26) was London tech week and it all kicked off with a Fash tech curated exhibit near Old street, at The Yard in Shoreditch.

Tech should be transparent, she explained while waking me through her digital produced knitwear that take their patterns from MRI brain scans and CAT brain wave images. 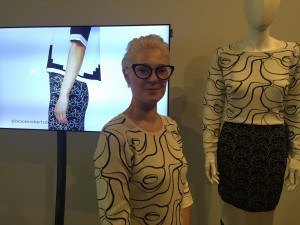 The first truly drapable 3D printed dress by Modeclix was on display. Made of polymer, the dress is assembled by snapping each tiny printed piece together — a modern day chain mail. Swarovski crystals snap onto some of the parts allowing the dresses to me creates i. A variety of styles, colour, patterns and sparkle. 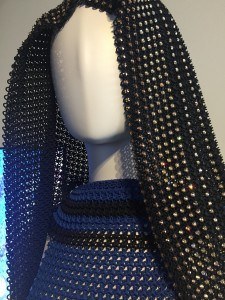 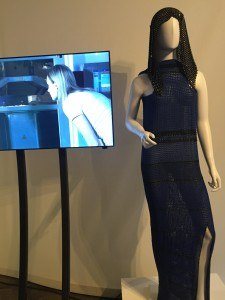 For me the best blend of physical and digital was the hologram topped mannequin by Headworks. The bottom is a standard visual merchandising mannequin, but the top is a hologram that can be programmed to recognize faces and response. Additionally it can collect data on shopper interactions within the store

Augmented Reality by Village took viewers onto the runway in a completely immersive 360 way. “Being there” storytelling in a very chic way 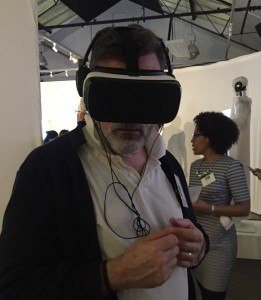 The first 3D printed robot ‘InMoov Robot‘ donned a Muslin dress that a variety of different gowns were projected onto. The robot can react to voice commands and is interactive with consumers

But by far singer song writer Beatie Wolfe stole the show when she took the stage and performed in her musical jacket.

The jacket was made by the same Saville row tailors who stitches for The Rolling Stones and David Bowie and the bespoke woven fabric literally took its pattern from the sound waves of beatie’s recording of “take me home”. An NFC chip embedded in the back of the jacket triggers the song to play on anyone’s smartphone lucky enough to be near her!

Her album montage square is an homage to many of rock and rolls greats and was recorded in the former residence of John Lennon. Each cd is packed with a deck of cards “liner notesl also embedded with NFC chips that when touched to a smartphone triggers the song to play. 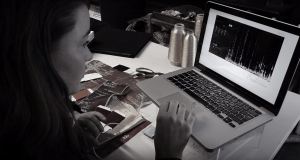 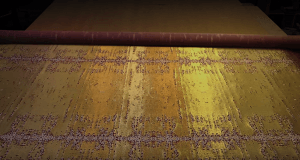 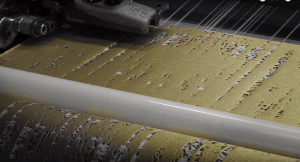 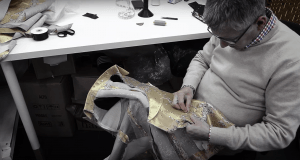 Physical and digital beautiful blended with art and storytelling.

Honoured to be a jury member of the Entrepreneurship World Cup initiative last week. Congratulations to the winners @phelasCo (solar energy all day every day) and (cognitive health now and later)!
https://buff.ly/3Wg3oHO